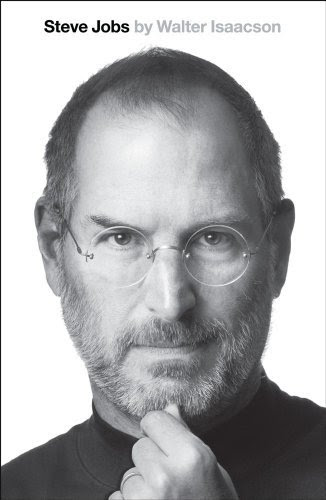 When the sales guys run the company, the product guys don’t matter so much, and a lot of them just turn off. It happened at Apple when Sculley came in, which was my fault, and it happened when Ballmer took over at Microsoft. Apple was lucky and it rebounded, but I don’t think anything will change at Microsoft as long as Ballmer is running it.

The downside of Jobs’s approach was that his desire to delight the user led him to resist empowering the user.

Cory Doctorow: “Buying an iPad for your kids isn’t a means of jump-starting the realization that the world is yours to take apart and reassemble; it’s a way of telling your offspring that even changing the batteries is something you have to leave to the professionals.”

Atop the two columns he wrote “Consumer” and “Pro”; he labeled the two rows “Desktop” and “Portable.” Their job, he said, was to make four great products, one for each quadrant.

"People who know what they’re talking about don’t need PowerPoint.”

The idea that John Lasseter pitched was called “Toy Story.” It sprang from a belief, which he and Jobs shared, that products have an essence to them, a purpose for which they were made. If the object were to have feelings, these would be based on its desire to fulfill its essence. The purpose of a glass, for example, is to hold water; if it had feelings, it would be happy when full and sad when empty. The essence of a computer screen is to interface with a human. The essence of a unicycle is to be ridden in a circus. As for toys, their purpose is to be played with by kids, and thus their existential fear is of being discarded or upstaged by newer toys.


Jobs also attacked America’s education system, saying that it was hopelessly antiquated and crippled by union work rules. Until the teachers’ unions were broken, there was almost no hope for education reform. Teachers should be treated as professionals, he said, not as industrial assembly-line workers. Principals should be able to hire and fire them based on how good they were. Schools should be staying open until at least 6 p.m. and be in session eleven months of the year. It was absurd, he added, that American classrooms were still based on teachers standing at a board and using textbooks.

I’m disappointed in Obama,” he said. “He’s having trouble leading because he’s reluctant to offend people or piss them off.” He caught what I was thinking and assented with a little smile: “Yes, that’s not a problem I ever had.”

In the annals of innovation, new ideas are only part of the equation. Execution is just as important